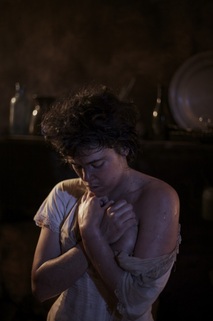 Georgia Lucy is a performer, musician and artist who was the lead singer and drummer in the all-girl punk band Dogtower, a subversive Burlesque performer for the Melbourne Fringe Festival, and a Bhutto performer for a stage production about convict women. Originally from Newcastle, New South Wales, Georgia was untrained and untamed when she auditioned for the lead role of Louisa in Little Lamb, and her inner wildness and willingness to take risks outshone many more trained actors. On set Georgia gave every scene her all, leaving the production covered with bruises from literally throwing herself into her role. She composed the song Louisa’s Lament as a warm up which she performed on set and is now key to the opening scene to the film. 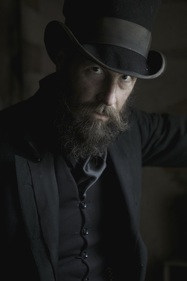 James Grim is a designer, teacher and rock god with a propensity for the dark and extreme. As lead singer in the “sex-voodoo-delta-blues-a-billy” band the Brothers Grim and the Blue Murders he toured Australia to packed out shows. In previous incarnations James has been an actor and filmmaker, so he brought with him an inherent understanding of how to perform on screen for Little Lamb. James developed the character of Mr Black to create a complex and tormented soul who has been named by our fans as their all time favourite villain. 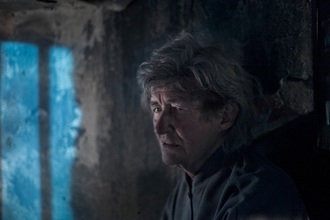 Jude Kuring is a legend of Australia’s stage and screen. She is infamous for her ballsy portrayal of tough prison mate Noeline Bourke in the popular 70‘s soap opera Prisoner. She was also a seminal member of the Australian theatre icon the Pram Factory, and was nominated  for Best Actress in a Supporting Role by the Australian Film Institute for the feature film Maybe This Time. Jude now lives in Tasmania and came out of retirement to play the wizened convict woman Agnes for Little Lamb, acting as mentor and provocateur for the younger female cast.
Powered by